Why relocating to Germany would be the best move for your tech career? 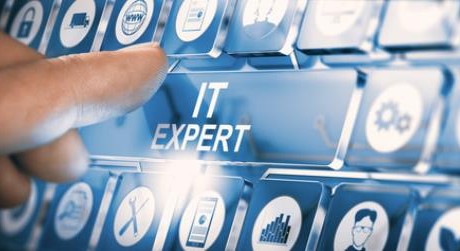 Germany has long been a desirable location for expats seeking great jobs and an enviable quality of life, and now the country is looking increasingly alluring to a whole new set of workers; the tech pros.

Countries across the world are working to cultivate digital transformation strategies, helping their economies and infrastructures keep up with technological developments—and the changing demands those developments bring. Germany is no exception. The country’s Federal Ministry for Economic Affairs and Energy recently released a report detailing the opportunities, and challenges, that lie on the path to creating a “digital Germany”. The paper predicts that Germany’s GDP could rise by an additional €82 billion by 2025—provided the country develops and uses digital technologies to their fullest advantage.

Fulfilling this vision of technical prowess will be no easy feat, and the Ministry laid out a number of actions it aims to take to help realise it in the next few years, including the creation of new entrepreneurial culture and cooperation opportunities for start-ups, the development of ´Smart Networking´ in its infrastructure, and the adoption of Industry 4.0. Of course, all of these actions require a huge amount of tech talent to accomplish, making today’s Germany a land of massive opportunity for tech workers, as demand for skilled technology professionals surges across the country. The IT sector in Germany already employs more than a million people, with the tech sphere pushing ahead of previously leading industries like mechanical engineering, chemicals, and pharmaceuticals when it comes to its contribution to the economy. Home to the ´Silicon Valley of Europe´,  the country is a dominant force in areas such as cybersecurity, autonomous vehicles, robotics, and virtual and augmented reality.

IT and other Skilled Workers Shortage

Earlier this year, the Institut der deutschen Wirtschaft found that more than 314,000 sciences, technology, engineering, and mathematics roles were going unfilled in Germany, highlighting the intense need for skilled tech workers nationwide. The report suggested that recruiting experts from abroad was one of the top ways to combat this skills shortage. In an increasingly competitive market, many specialist tech recruiters across the country are already working to help match businesses with both home-grown and expat talent, but there’s still clearly a huge need for fresh blood.

Salaries and cost-of-living in Germany

Aside from the huge number of job opportunities, there’s plenty to attract the world’s tech professionals to the region. As Europe’s biggest economy, and one of the richest countries in Europe, Germany’s wealth lies not only in its GD, but its standard of living.

According to the Better Life Index, Germany performs well in many measures of well-being compared to most other countries, ranking above average in education, work-life balance, disposable income, environmental quality, civic engagement, housing, and personal security; far outstripping countries other countries popular with expats, such as the UK and the United States.

The average salary in Germany is also attractive—the national average for IT workers is €52,378, one of the highest in Europe outside the Nordic countries, where cost of living is often extremely high.

Though of course above average when comparing on a global scale, cost of living in Germany is very reasonable when measured up against other major European countries. Housing in commutable locations will set you back on average £800 less per square foot than those in the UK, for example, and cost of living overall is on average 24% lower than in London.

Despite the German workforce’s reputation for meticulousness and productivity, workers in the country tend to work smarter, rather than harder. Germany workers take their downtime seriously, and enjoy an enviable professional culture with a minimum of four weeks of vacation a year and regulations which limit the working week to a maximum of 48 hours.

Blue Card Regulations for IT professionals

Keen to attract skilled workers who can help them realise their lucrative vision of a digital Germany, measures have been put in place by the German government in recent years to make it easier for tech professionals to settle in the country. Given that they’re so highly sought-after in the region, IT specialists often find themselves able to obtain visas and work permits more easily than professionals from other industries. Created to help address Europe’s burgeoning skills gaps, the EU Blue Card has been available to highly skilled non-EU citizens in Germany since 2012; in fact, between 2012 – 2015, Germany issued 89% of all Blue Cards within the EU.

The card is a single residence and work permit, usually available to professionals who hold a degree, and have a job offer in Germany with an annual salary of upwards of €53,600. For IT and tech professionals, however, the bar is significantly lower—workers need only to be earning €41,808 annually—highlighting the significant need for tech expertise. The Blue Card affords professionals the right to live and work in Germany for up to four years, with permanent residency available after 33 months; professionals with Level B1 Germany languages skills are eligible for permanent residence after just 21 months. Blue Card holders’ spouses and minor children are also given unrestricted access to the labour market, and holders and their families may stay in non-EU countries for up to 12 consecutive months without invalidating their permit.

With Germany offering all these benefits for workers, and the country’s ambitious digital transformation targets fuelling demand for talented tech professionals, there’s never been a better time to build an IT career in this vibrant European hotspot.

Ilona founded ExpatsGuide in 2010, a Destination Service Provider in Germany servicing international clientele moving to and from Germany. She holds MBA in International Business and has gained, as one a few mobility professionals in Germany, the GMS designation (Global Mobility Specialist) of Worldwide ERC. Personally, Ilona has lived in four European countries and contributes often to global mobility magazines and media.